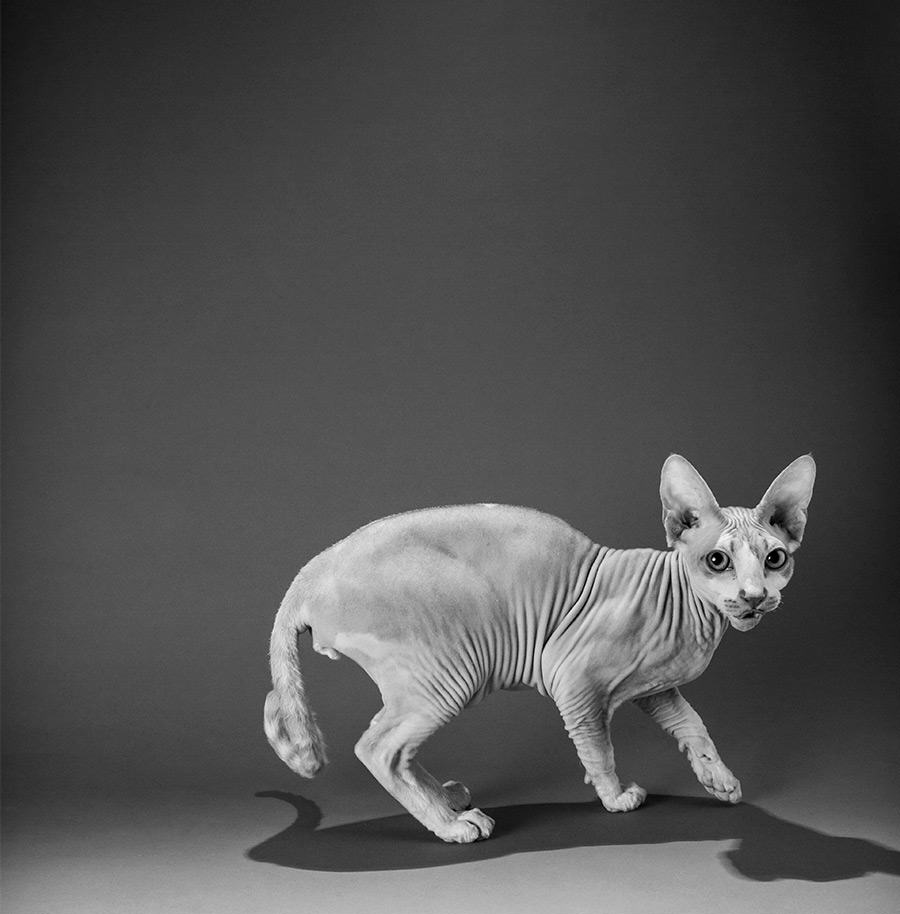 I posted this image on a Google Plus group called “On Taking Pictures” which is a postcast that I listen to every week. They started this google group as a way to get the community together and get some honest feedback about work.  I don’t post much there but I decided  to share because I just shot these photos and was really excited about it.  In the response, someone asked how I shot it so I thought I’d make a blog post about it.

For this shot, I used a Croma Key Blue backdrop.  It looks ugly as a color image but you get some great gray tones when shooting for black and white.  I only have 2 flashes, Nissin Di866.  Using them with Pocket Wizards allows me to shoot at a high speed sync so I can stop motion and shoot at a wider aperture.

So, knowing that, it’s pretty simple that the light from the flash above the cat is causing the shadow and allowing the ears to glow. I set the above light to be at 1/16 power and the flash in the soft box to 1/4 power.  Because the light bouncing around in soft box, it will loose two stops.  Next shot I do, I’ll most likely set the one above to 1/32 power.

We spent over 2 hours doing these shoots and both cat and owner was pretty tired of all the lights by the end.  We were really happy with results and got some great photos.  I know I did it right when the client says they don’t know which ones to pick because they are all so good. (Nice ego boost).

For some of the photos, I did some post work and if needed will do more as I continue to work on them.

catflashhairless catlightingNissinphotographypocket wizardtutorial
Related posts
Follow on instagram and others
December 20, 2017
One thing leads to another
May 10, 2017
Photo Friday – Desi in the studio
April 21, 2017
Toby on the couch – Photo Friday
March 31, 2017
Toby: young and old
March 29, 2017
A brief history of me and my photography
March 24, 2017