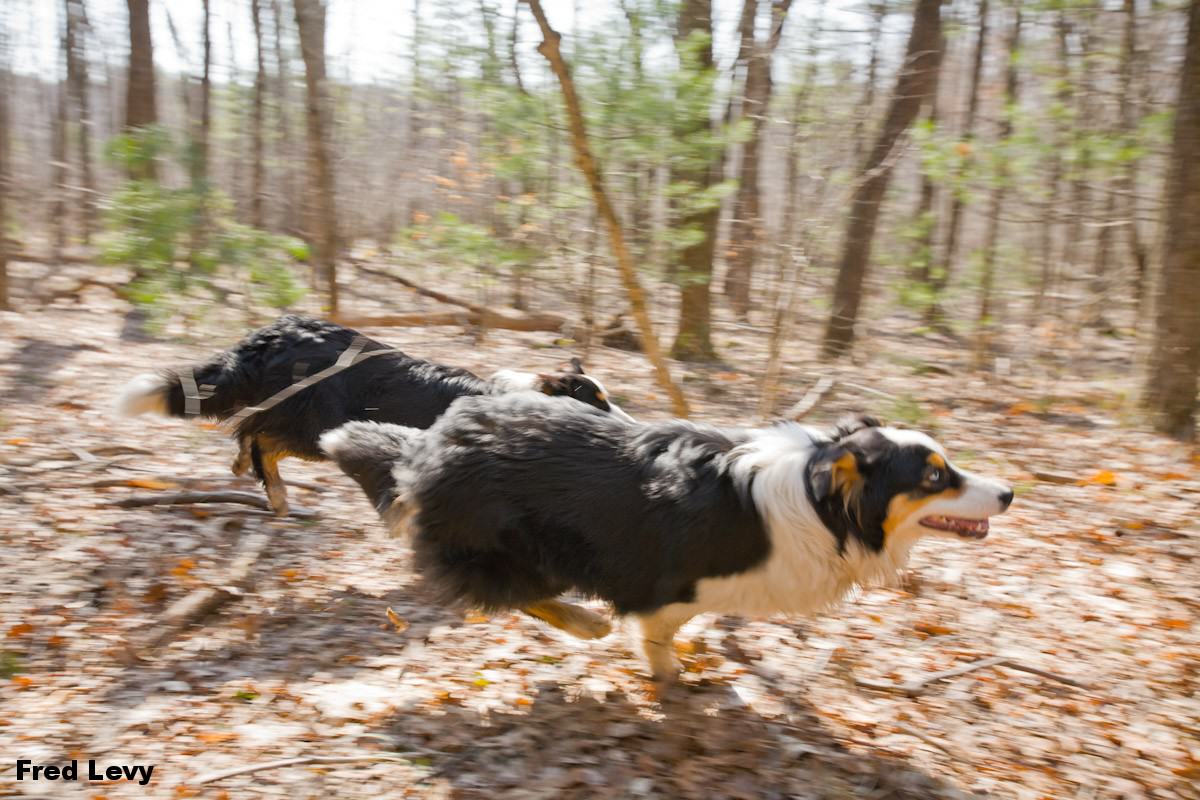 This weekend I gave myself an assignment to create a photos shoot that was an editorial shoot of my dog park friends, Dan and Becky walking their three dogs through the woods behind the dog park we normally go to every Sunday.  We met up early and it was a beautiful sunny Sunday.  I tried to be as prepared as I could to both shoot and walk at the same time.  I did though have some things that ended up not being in my favor.  The biggest thing was the time of year.  With spring just starting, everything was still really brown and bare.  Not the most exciting.  The second was myself.  Dan and Becky take these kinds of walks with their dogs every day so I often found myself in the back, winded, trying to catch up.  Over all, I got some okay photos but I know I could always do better.

Later in the day, I took photos of my boys at the park and I thought those turned out much better. I’ll show those on my next post.

My next assignment will be to photograph an amazing 3D photographer Ron Labbe.  The plan is to create a fun, dynamic set of photos of him in his studio.  He has the most amazing collection of 3D equipment and supplies I’ve ever seen. I hope to be able to show that in the photos. We’re still working on a time but I hope soon. I’ve got some deadlines to get things done.