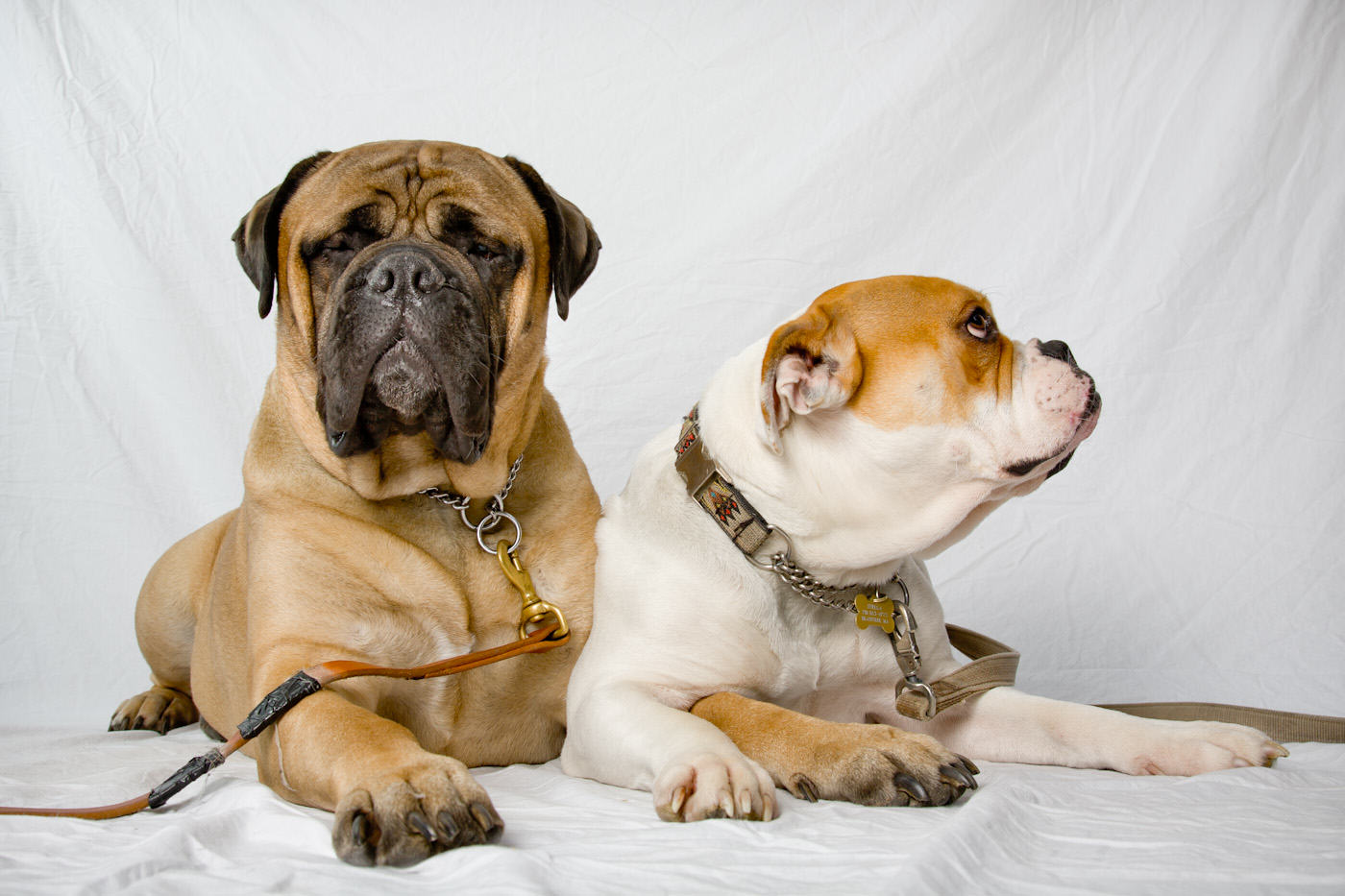 Talk about having the life.  These two dogs have the life of love and comfort. Like many rescue dogs, their lives didn’t start out like that but they survived.  Ginger is only about a year old and the bulldog who was found on the streets after having a litter of puppies.  Stella is 6 years old and blind with aggression issues though you’d never know it.  Their owners have the biggest heart and are very involved in may different rescues.  Part of the reason they ended up in my studio was because they won a raffle at the Cocker Spaniel Rescue over a year ago.  They did contact me soon after that but because of one reason or another, she never got back in touch with me.  A year later, I ended up going though some old emails and found that she never turned in her gift card so I sent her one more email letting her know I’m still available.  Since then, their previous dog passed away but they adopted Ginger since.  We talked about ideas of what kind of photos would work and since Stella is blind and Ginger is new, a in studio shot was the best option.  I’m really happy with the photos and so where they.  Both dogs were great in front of the camera but I think Ginger really loved hamming it up in front of the camera.[smugmug url=”http://fredlevy.smugmug.com/hack/feed.mg?Type=gallery&Data=21892335_dG9rMs&format=rss200″ title=”Ginger%20and%20Stella” imagecount=”30″ start=”20″ num=”6″ thumbsize=”Th” link=”smugmug” captions=”true” sort=”true” window=”true” smugmug=”true” size=”L”]