You are here:
March 9, 2011 CommentsclientsBy Fred 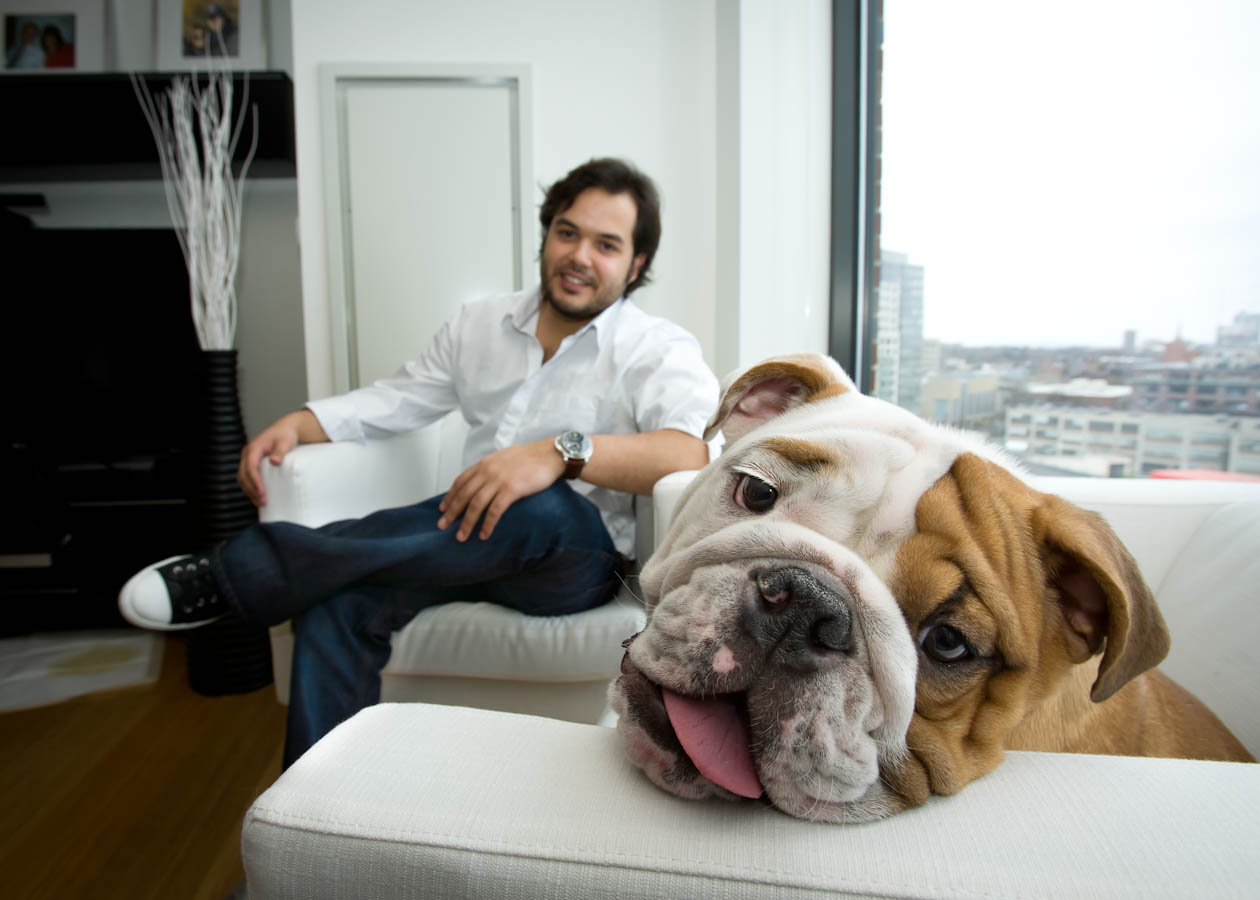 Last weekend I did a shoot for Rossina, Eduardo and their dogs. Even though we had bad weather, we made the best of the day by shooting in both of their apartments. It was a good learning experience. We were orignally going to wonder around the Fenway park area and take pictures. It was an overcast day but warm. The bad part was everything looks dead and dirty in March. The snow has mostly melted, the grass is brown and the trees are bare.

We decided to stay inside and shoot at Rossina’s apartment. It’s a beautiful space with this huge blue wall behind the couch. We started there and did a few shots on the couch but after a few different photos we moved to Eduardo’s apartment up a few floors and facing out over the city. His huge windows really offered another option for the shoot that I tried to take advantage of.

Since they were both wearing white shirts and he had white chairs, I moved it in front of the window and tried to get a real formal but fun picture of them and the dogs. I was thinking of large output for these photos. I’d love to see some of them as big, 30×40 prints. I bet they would look great.

Some things I would have done differently is consider driving out to the beach. With brown trees and grass, I think we could have gone out to a local beach in Boston (somewhere in southie) and gotten some fun pictures. I also should have brought more lights. It’s really hard to light against windows like this and the one battery powered light died on me really quickly even though I charged it. I had to use an on-camera flash to complete these photos. After the fact, I should have asked if their was other public areas in the building we could have shot in. Maybe a meeting room on the top floor or even just had fun in the hallway.

It’s always good to reflect on a shoot because there is always more that could be done. I’m really happy with my photos though and really hope they like them. After being in their apartments, seeing the artwork up, I’ll be honored to have my photos hanging in their homes.

Click on any image to take you to all the pictures.